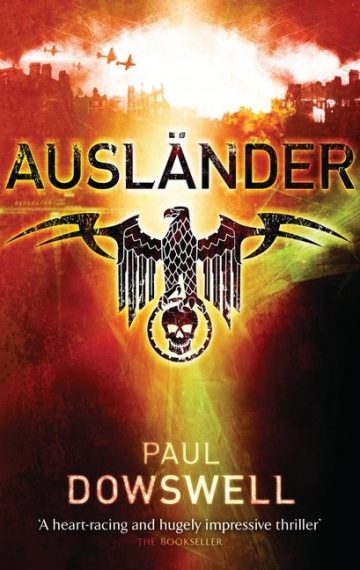 When Peter’s parents are killed, he is sent to an orphanage in Warsaw. Then German soldiers take him away to be measured and assessed. They decide that Peter is racially valuable. He is Volksdeutscher: of German blood. With his blond hair, blue eyes, and acceptably proportioned head, he looks just like the boy on the Hitler-Jugend poster. Someone important will want to adopt Peter. They do.
Professor Kaltenbach is very pleased to welcome such a fine Aryan specimen to his household. People will be envious. But Peter is not quite the specimen they think. He is forming his own ideas about what he is seeing, what he is told. Peter doesn’t want to be a Nazi, and so he is going to take a very dangerous risk. The most dangerous risk he could possibly choose to take in Berlin in 1943.

Longlisted for:
The Carnegie Book award.

Nominated for:
‘Best Fiction for Young Adults’ award by the American Library Association.

Selected for:
‘The Best Children’s Books of the Year’ by the Bank Street Book Committee, New York.

Ausländer ranks among the very best of wartime historical fiction.

John Boyne’s “The Boy in Stripped Pyjamas” is a bestseller in this genre, but Auslander is better.

This book has everything a book needs to have. Shocking, stunning, beautiful – these are just some of the adjectives that I could name. Never before has my heart beat faster with a book, and I’ve never read a book (where it was so difficult to take a break.

A breakthrough into the top league for Dowswell, …There will be many adults who will be sneakily borrowing this from their children.

The Bookseller ‘Ones to watch’ Top Title

Dowswell is one of the best new writers of historical fiction for children.[Ausländer] comes close to classics such as ‘The Silver Sword’.

Paul Dowswell’s name on the front of Ausländer is enough to overcome Nazi fiction fatigue, for he is a brilliant historical novelist… (He) shows us a side of Nazi Germany rarely seen.

The Auslander is a powerful piece of young adult fiction that appeals just as comfortably to adult readers. Mr. Dowswell provides a wonderful character study of an average Polish boy searching for the resolve to fight Nazi propaganda and help victims of persecution.

Dowswell… is a writer with a talent for using historical fact as a basis of thrilling fiction, and Auslander is an outstanding example of the grip novels like this can have on a reader…

Well constructed, morally complex and consistently engaging, this examination of a people’s complicity with evil is revealing and important.

The characters are rich and nuanced, flawed people caught up in a terrible time; the action is swift and suspenseful; and the juxtaposition of wartime nobility and wartime cruelty is timeless.

The Horn Book Magazine (US)

Youth books on World War II are a dime a dozen, (but) Paul Dowswell’s novel stands out from the crowd… (Peter’s) change of heart from a follower to an active opponent of the regime (is depicted with) depth and authenticity…