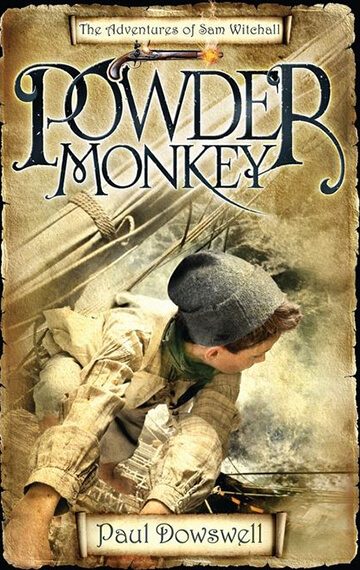 Sam is desperate to leave his sleepy Norfolk village and see the world. He seizes the chance to join a merchant ship but soon discovers that a life at sea is harsh and often short, especially when he is seized by the press-gang and forced to join the frigate Miranda. War with France and Spain is raging and Sam is caught in the middle with a dangerous job as a powder monkey in the company of a brutal crew. An amazingly well-researched adventure giving a glimpse of one boy’s incredible life at sea.

A rollicking adventure on the high seas, told in page-turning style.

Readers will be absorbed in the day-to-day life of young Sam, and his vivid tale will keep them on edge as he tries to escape his commission. Not for the faint of heart, this novel is a brilliant introduction to the likes of C. S. Forester’s classic Horatio Hornblower saga.